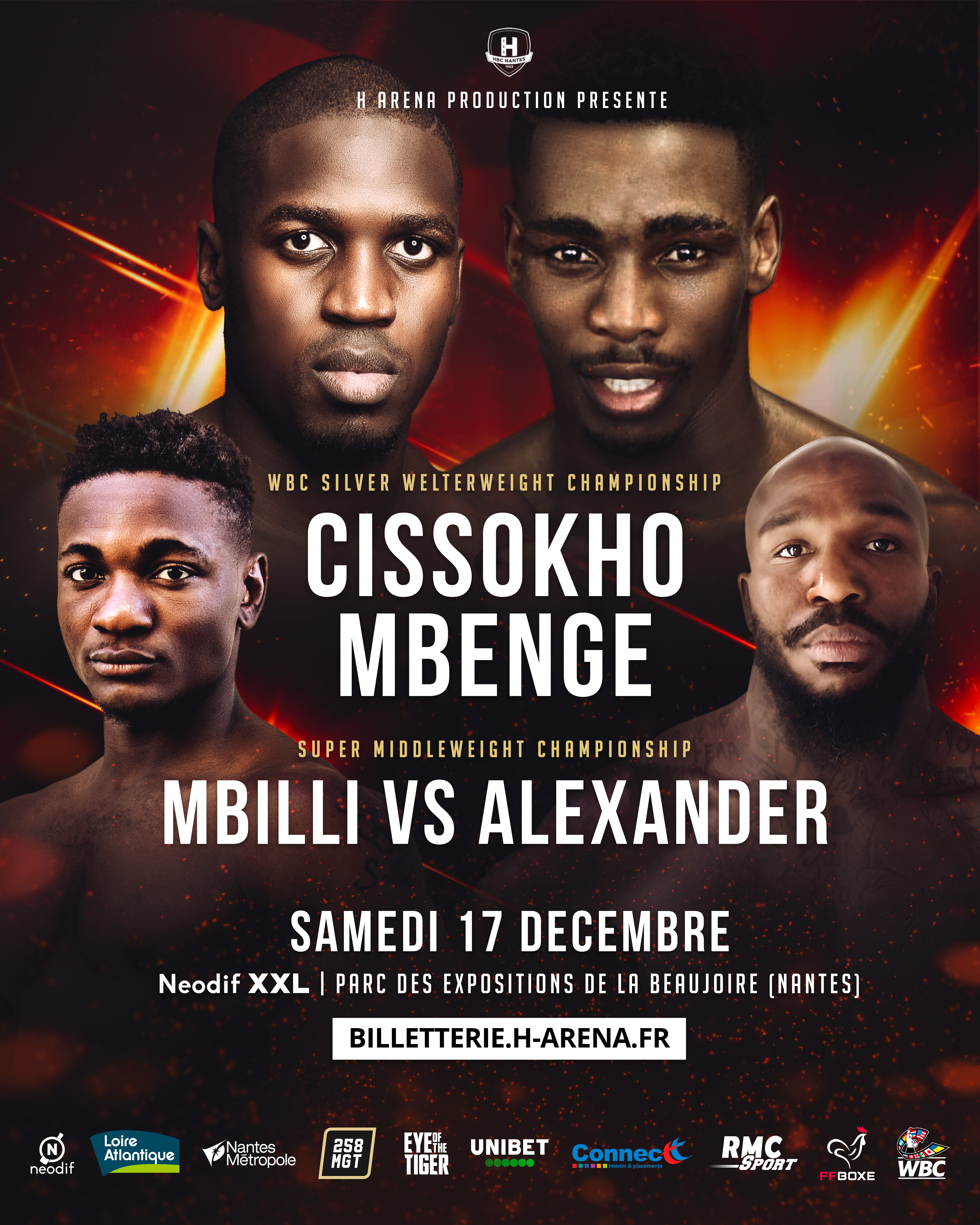 AllStar Boxing in collaboration with Eye of the Tiger and Punching Grace present : Christian Mbilli facing Vaughn Alexander at ” Neodif XXL ” in Nantes

Christian Mbilli (22-0, 20 K.O.) was very happy when he signed the contract for his next fight, as he will be fighting at home, in front of his French fans, for the first time in 3 years. The duel will be presented in the final of the event “La réunion boxe exceptionnelle” on December 17th at 6:15pm, French time, and 12:15pm Quebec time, at the Neodif XXL in Nantes. It will be his French compatriot and WBA Intercontinental super-middleweight champion Souleymane Cissokho (15-0, 9 K.-O.) who will be in the semi-final of this electrifying evening.

Now ranked #2 in the world by the WBC, Christian Mbilli has been putting on a series of spectacular performances that have allowed him to rise to the top of the super-middleweight division. His last performance at the Cabaret du Casino de Montréal, when he defended his WBC Continental Americas title against American DeAndre Ware, whom he knocked out in the second round, allowed him to claim a second title, the WBA International. The brutality of his previous victory by way of a knockout over the French veteran Nadjib Mohammedi, whom he knocked down in the 5th round, certainly offered him unparalleled visibility since the images of this fight made the rounds of the boxing world. Mbilli’s only goal now is to become world champion and his meteoric rise in the rankings supports his ambition and shows that he has his place in the elite 168 lb division. Boxing in France will be another step in his quest for recognition on the international scene.

In addition to the final between Christian Mbilli and Vaughn Alexander, and the semi-final between Souleymane Cissokho (15-0, 9 K.O.) and Tulani Mbenge (19-1, 15 K.O.) for which the WBC Silver super-middleweight title will be contested, you will be able to watch 7 other fights, for a total of 9, which will showcase the next generation of French professional boxers. It’s a wild night ahead!