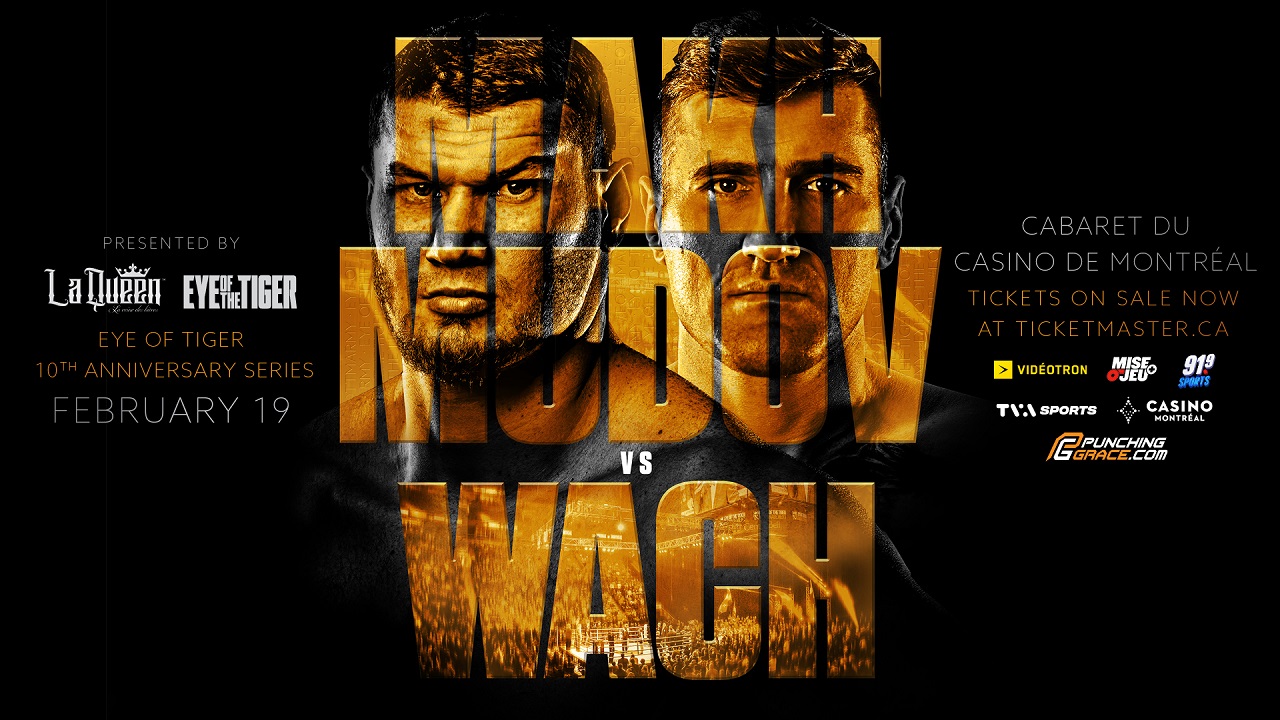 On February 19th , Eye of the Tiger, in collaboration with La Queen, Mise-o-jeu and Videotron, presents the first event in a series of fights highlighting the 10th anniversary of EOTTM at Cabaret du Casino de Montreal. Arslanbek Makhmudov (13-0-0, 13 K.-O.) will defend his NABF Heavyweight title against Polish Mariusz Wach (36-7-0, 19 K.-O.) in the main event of the boxing card broadcast live on Punching Grace.

“We are kicking off 2021 with a bang for our 10th anniversary, with three boxing cards in three months. Several of our boxers are knocking at the door of major fights and we expect to use this series to shake up world rankings with worthy adversaries for our athletes who will no doubt provide solid entertainment for our fans in the intimacy of the Casino de Montreal,” states Development Director and head trainer at EOTTM, Marc Ramsay.

In fact, Arslanbek Makhmudov will face Mariusz “The Giant” Wach in a ten-round bout for the NABF and NABA Heavyweight titles. “This upcoming fight will be a real test: Wach has confronted very good boxers and has lost by decision. If I manage to beat him, I will gain access to the big names of my division,” says Makhmudov. The 270 lb Pole has confronted quality boxers such as Vladimir Klitschko, Alexander Povetkin, Jarrell Miller, Dillian Whyte and Hughie Fury.

“I am excited to fight Makhmudov. I love a challenge and this fight against the Russian sure is one. I will be 100% ready and I’ll be in the best shape of my career. I know that Makhmudov is a worthy opponent and the King of KO, but so far in his career he hasn’t encountered a boxer with as much experience as I have. The Russian never fought beyond three rounds in a fight; he won’t be able to go the distance in a longer fight”, explained Wach.

Simon Kean (20-1, 19 KOs) will try to prolong his winning streak when he confronts Shawndell Terell Winters (13-6-0, 12 KOs). Among his noteworthy fights, the American heavyweight has confronted several powerhouses of his division: Joseph Parker, Alen Babic, Cassius Chaney and Nikodem Jezewski, to name a few, as well as great Canadian hopeful Oleksandr Teslenko, whom he vanquished in a 5 th round KO.

“Winters is a powerful, seasoned boxer with a good knockout ratio who has confronted worthy opponents. Simon will test his mettle in this fight; he will have to focus from beginning to end as Winters is the type of boxer who will not hesitate to punish his adversary for every mistake, no matter how small,” explains Vincent Auclair, Kean’s trainer.